Home » History » The History of Life on Earth: Science That Changed the World

The story of humanity has never been clean and simple. Throughout the history of our species, we have endured great tragedies, trials, and tribulations, yet we persist regardless.

Not only have we managed to survive, but we have also managed to influence the world around us in ways our ancestors could have barely dreamed of, with each generation seemingly poised, ready, to climb upon the shoulders of the giants who came before them to spy just one inch more of the unknown.

The discoveries of the human species are without count, with pieces of knowledge once thought lost resurfacing years, decades, sometimes even centuries later to influence the living. From medicines to entertainment the world is at the very start of an amazing journey.

Some discoveries are clear and uncomplicated in their influence, others permeate our lives in often unseen ways, visible only to those with the knowledge to see them.

Here, in this piece, we will explore five of the most vital discoveries that have influenced our life here on the planet.

Easily one of the most interesting discoveries in human history is the discovery of effective antibiotics – before anyone even knew what caused illness.

Penicillin, largely held to be the first modern antibiotic, was discovered in the early 1900s by Alexander Fleming.

Historians, however, have discovered that humans as early as those of the Ancient Egyptian civilisation utilised rotten or mouldy bread in the treatment of wounds. 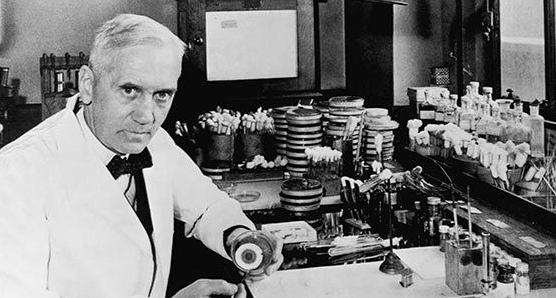 Healers of the time frequently instructed patients to place rotten bread on open wounds, which seems to have been effective at promoting the healing of said wounds.

Interestingly, Fleming reportedly discovered penicillin by accident as well by inspecting mould which had grown in an accidentally uncovered petri dish.

The area around the mould revealed rings of bacteria-free space, prompting Fleming to investigate further. While his findings spread surprisingly slowly, given their potential for a medical paradigm-shift, by the 1940s, penicillin was in widespread use, turning illnesses that had once been matters of life-and-death into mere inconveniences.

The modern discovery of penicillin lead to continual investigation into the potential for more powerful, effective, and hypoallergenic antibiotics.

Without the seemingly simple accident that inspired Fleming’s research, however, infections might still be as deadly as they once were.

The name Marie Curie is almost universally recognised, though few people know the details of why. Marie Curie was the first woman to win a Nobel prize and the only woman to date to win two Nobel prizes – one in physics and one in chemistry.

While the effects of radiation had been observed by previous scientists, Marie Curie was the first person to isolate it as a form of energy that is unique to certain materials. She was also the one who gave the strange phenomenon the name we know today, “radioactivity.”

Curie’s discovery threw physics as it had been understood into disarray, seeming to violate rules that had long been held as fact. Radioactivity forced physicists to reanalyze their assumptions about how energy functioned.

From this, thousands of discoveries cascaded, influencing science far beyond the school of physics; Curie’s discovery built the foundation for the future discovery of x-ray technology, the use of radiation therapy in medicine, and the design of spacecraft.

Louis Pasteur’s research into fermentation started out simple; he and his students wanted to understand what caused the souring of brewed beverages to see if the spoiling of flavour could be prevented.

The discoveries that resulted, however, changed the way humans consume nearly every form of food and drink. In the present day, we hardly think about the safety of the drinks we buy from the store, so reliable have they become.

Previous to the discovery of the pasteurisation process, and the building blocks leading up to that discovery, something as simple as a glass of milk could bring dangerous bacteria into the home, unbeknownst to all who would drink it.

Pasteurisation has applications for the creation of safe dairy products, teas, wines, beers, and more, but, more importantly, the discovery of pasteurisation led to a fundamental change in the way we approach food safety.

The general well-being of people all over the world was changed by the development of a seemingly simple process, and our refrigerators are full of safe, healthy foods that utilise processes that are fundamentally the same as those discovered by Louis Pasteur.

The development of television broadcasting fundamentally changed the way most humans on Earth experience the world around them.

While radio broadcasting had connected the world in unprecedented ways, television allowed for the same level of connection and more by letting us see events as they unfold with our own eyes.

Since the advent of television broadcasting, humans across the planet have had a knowledge of world events, diverse cultures, and distant vistas that had never come close to existing previously.

The sheer amount of information taken in through television is hard to fathom; it was the norm for most of human history to be unfamiliar with just about everything outside of your town and nation.

The history of television began with the creation of the facsimile machine by Alexander Bain in the 1840s.

This invention sparked a chain of innovations in imaging technology that ultimately led to the creation of the first recognisable television sets in the 1920s.

The first televised program was a demonstration by John Logie Baird, who captured a feed of a ventriloquism dummy in motion. He was able to advance the technology to be able to capture human faces in video and transmit them via radio signal.

Early versions of the television were very limited in capability; however, they brought something entirely new to humanity. They brought the ability to see something completely remote in live action from the safety and comfort of the indoors.

From industrial micro-cameras that transmit video of potentially dangerous liquid leaks to high-definition cameras that fit in our pockets and transmit live video via cellular signal, the world has never been so well-equipped to share sights that would have been impossible before the rise of television technology.

Pre-exposure prophylaxis (PrEP) is one of the most quietly important recent achievements in the world of medicine, being groundbreaking in the prevention of a disease that took the lives and caused the suffering of millions.

PrEP is a drug, taken by mouth in pill form, that prevents infection in individuals exposed to Human Immunodeficiency Virus.

Since its discovery in 1981, medical professionals have struggled against the spread of HIV.

HIV has come to be known as one of the deadliest pandemics in recent history, and was, in its early days, considered to be a death sentence, as HIV eventually progresses into AIDS (acquired immunodeficiency syndrome.)

AIDS leaves sufferers with little to no immune response, making even common sicknesses deadly at later stages of the disease. Treatment has evolved significantly, extending the life expectancy of HIV positive people, but there is still no cure for the virus once an individual has been infected.

The lack of a cure, put in context with the stigma around the disease, is why PrEP has proven to be such an incredible development.

For much of HIV’s early history, it was known as GRID, which stood for “gay-related immune deficiency.” The fallacious belief that only gay men could become infected contributed to its spread.

Simultaneously, homophobia, misinformation, and politics contributed heavily to lack of treatment, research, and education on the disease.

The stigma around the disease has been recognised and noted by medical professionals for decades, many of whom had patients who avoided testing or treatment that could have greatly improved their health.

PrEP represents a discreet pathway to prevention which does not involve individuals coming under the excessive scrutiny and social stigmatisation that was once, unfortunately, the norm.

With PrEP becoming more widely available, it represents the current best shot at ceasing the spread of the disease entirely, having been shown by some studies to reduce the chance of infection after exposure by 86%.

Because of PrEP’s efficacy, it has become a rallying point for further education on prevention, management, and treatment of HIV/AIDS as a whole.

Many clinics, pharmacies, and hospitals now offer access to the medication in complete privacy, allowing at-risk individuals to prevent infection and become more educated on their health at the same time.

As time goes on, PrEP may help lead to the eradication of the disease, which is spread almost exclusively through person-to-person exposure.

Previous: Education and Down Syndrome: Methods and Strategies
Next: It’s All about Respect: Teaching Islamic Students Successfully